Here is a repost of my DIY speakers for the faithful out there.

The next step in upgrading my home theater was to improve my sound system and after getting bitten by the DIY bug I had no choice but build my own speakers.

If you have seen my TV Stand project page, you know of my discovery of AVS Forum. While researching my options for speakers I discovered the thrilling and rewarding world of DIY speakers. Now I am no audiophile, but that isn’t to say I don’t appreciate a nice set of speakers. Early on I had arbitrarily decided that I had no choice but get a small 5.1 set due to space constraints. But after moving into my new house I realized that I could probably get away with some decent tower speakers. While shopping around for tower style speakers I couldn’t find any that didn’t have more than a few people complaining that the ones that cost just a couple hundred bucks more “sound sooo-much” better. Well that couple hundred bucks priced them out of the range I was looking for.

I found a few posts on AVS from people in my exact predicament and the overwhelming recommendation was to build your own, and of those the most often recommended plan was the TriTrix. I was beyond intrigued. It looked so simple and virtually everyone said that you could not find a better set for the price; ~$150 in materials and a sweaty Saturday. In further researching them I found the creator, Curt Campbell’s website and there I found the other variations of them along with a complimentary smaller MT version that could be used as a rear surround. That tore it. I had no choice but to build these beasts and as you can see in the gallery below, I have.

At this point in time I have just built the towers and the center. I have not painted them yet though. I am waiting until I have the whole set completed and paint them all at once. I have the pieces cut for the rears. It is just another day of routing and gluing at this point. I hope to finish them soon. If you where wondering at my opinion of them…They are amazing! Many people remark that they produce enough bass that you can go without a subwoofer and be completely satisfied. I find this to be true. The only place you are going to miss a sub is in the biggest explosions on a movie soundtrack. For music, they are the best speakers that I have ever heard (like I said, not an audiophile, I don’t go listen to speakers for fun on a regular basis; and where I live there isn’t really anywhere to do so anyway). They are worth every penny and drop of sweat that they cost.

UPDATE: I have finished the rears and have posted a couple pics. They sound awesome! I tested them in place of the mains right after mounting the speakers and I dare say that they just about give the towers a run for their money. They are surprisingly bassy for such a small cab, yet they are still very detailed. I caught X-Men 3 on FX the other day and they did me proud. I had only tested them with the audience participation track on “Rocky Horror” as it all comes through the rear and was a solid test. Turning on 7-channel enhancer on my receiver creates a rather intense effect for music as well.

UPDATE: Added some pics of my Flexi-Stand. Not enough for its own post, but fits in here. 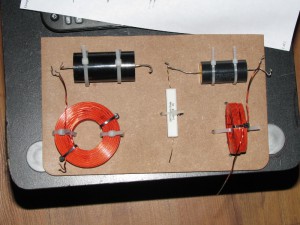 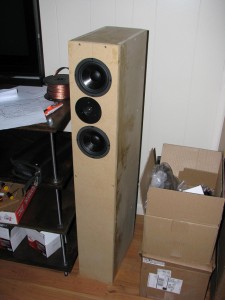 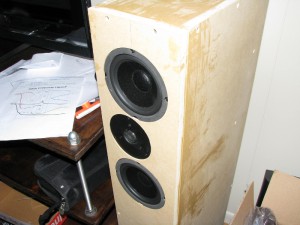 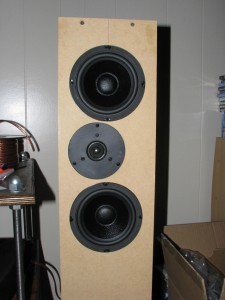 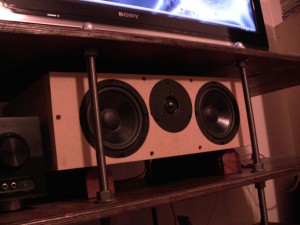 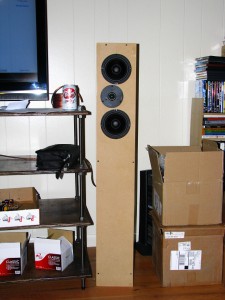 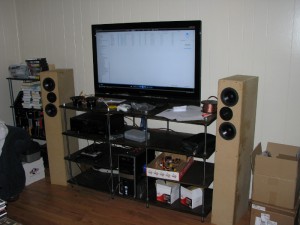 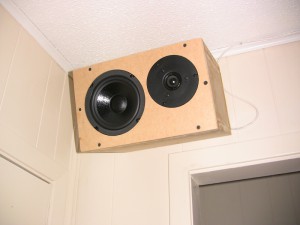 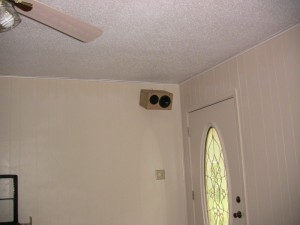 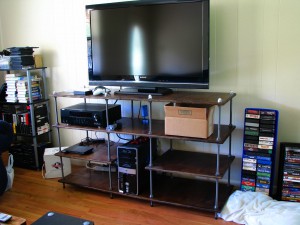 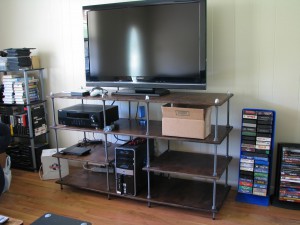 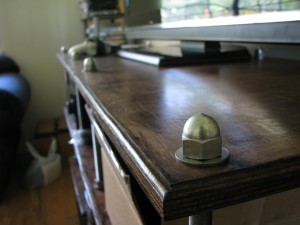 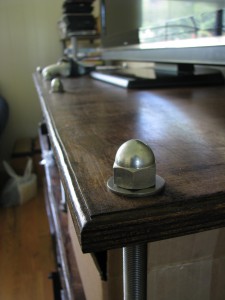 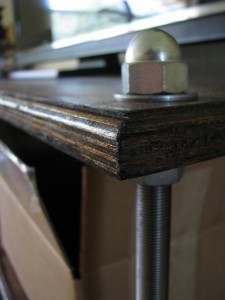 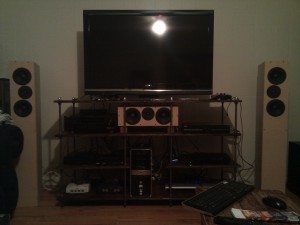